Everything has been moving forward over the past couple weeks.  Today marks a big step as we are applying for the construction loan 🙂  We could potentially close on the loan in 30 days or so, but it will probably be a bit longer than that.  The bank will need the final house plans and the builder’s contract – neither of which we have yet.  The plans should be done in the next week or so and we’ll most likely start working on the contract in the next couple weeks.  In the meantime, we’re getting the process started with the bank.

We’ve continued to go back and forth with the draftsman on the remaining changes.  Everything is coming together, at last, and I expect to see the 99.9% finished product today or tomorrow.

We had a 3 hour meeting with the Builder on Saturday to go over all our ideas and wishes for the house.  It was both exciting and brain-numbing.  We went over a lot, but it still feels like we barely scratched the surface on decisions that need to be made.  Here are a few of the things we discussed:

We have several other items we need to figure out.  Through the wonder of Pinterest, I was able to show him some of my ideas on my phone.  A picture is worth a thousand words and so much easier than trying to explain exactly what staircase balusters I want ;P  I emailed him several more pictures along with the link to my Pinterest account this weekend so he could see exactly what we are thinking.  We were surprised to find out that he had already received estimates for our house from some of his suppliers.  He expects to have the final estimate to us next week.  He also gave us some places and people to visit for fixtures, cabinets, etc and he’s going to email us a list with more.  The most pressing issue at the moment is the windows.  Some of the windows on the plans are not available in the sizes they are drawn.  I need to sit down with the window people to go over what we want so they can write up a more specific estimate and they can be changed accordingly on the plans.

David was off yesterday, so we went to the large plumbing showroom.  I’m always looking at stuff online, so it’s nice to finally see things in person.  They had a couple faucet brands I hadn’t seen before.  I like the clean lines of this Santec Arko faucet.  I wish it came in a kitchen version. 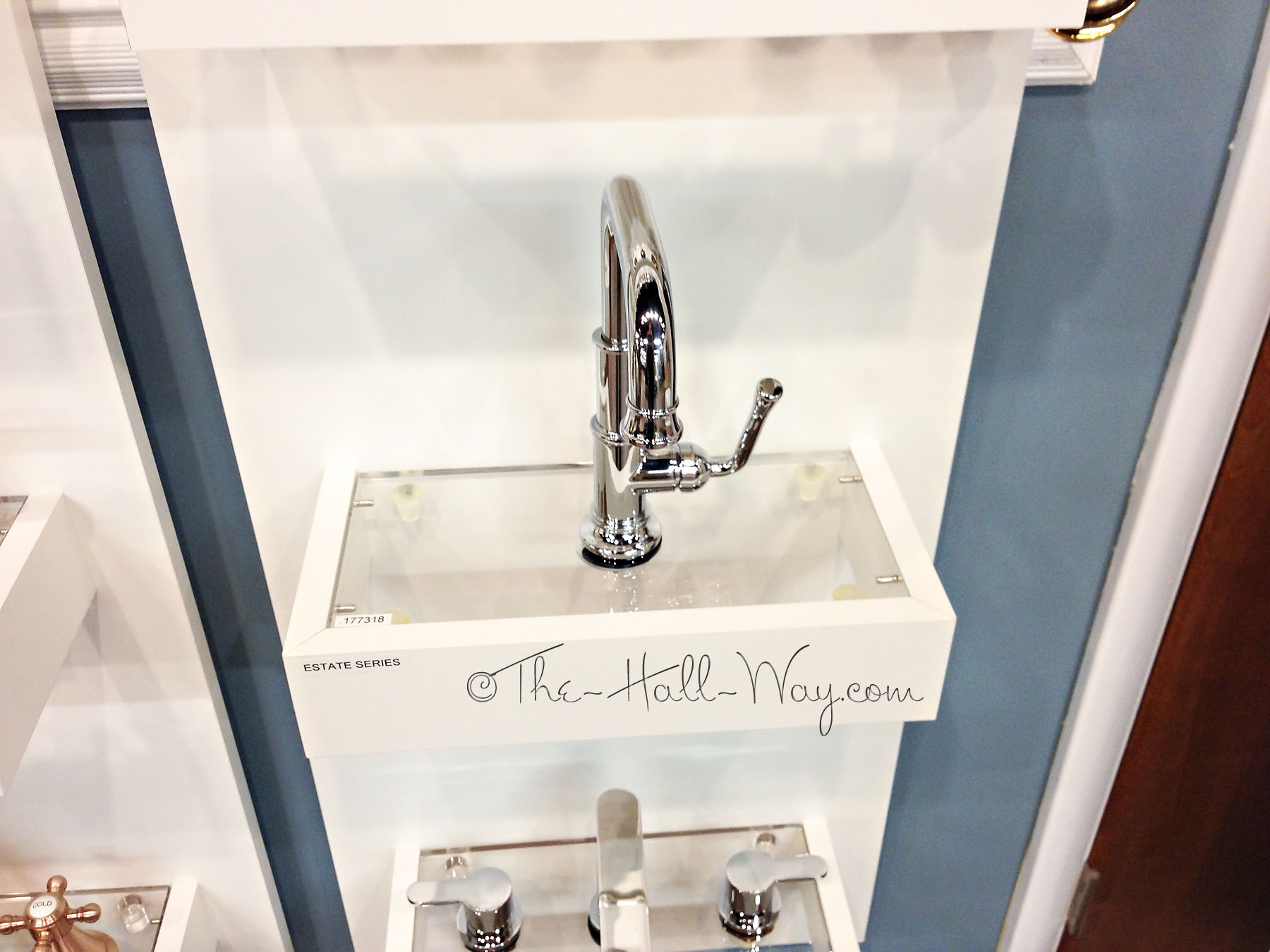 Another brand I hadn’t seen before was California Faucets.  I don’t care for the finish, but I also thought this was neat (Topanga Art Deco Collection – Empire Moderne 8″ Widespread Lavatory Faucet). 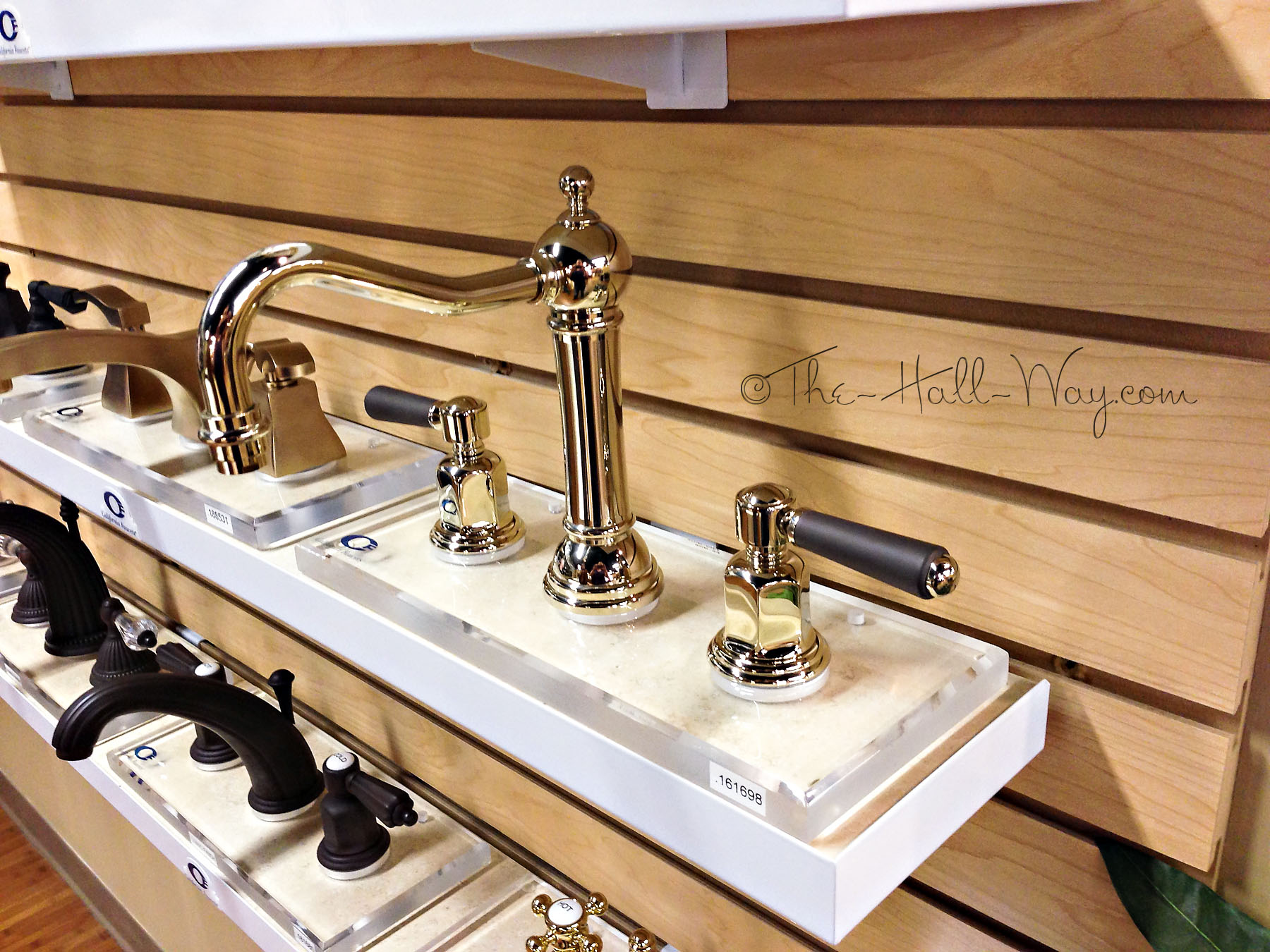 They also had a Rohl display with my top pick for the kitchen.  The sprayer is so heavy, you could knock someone out with it! 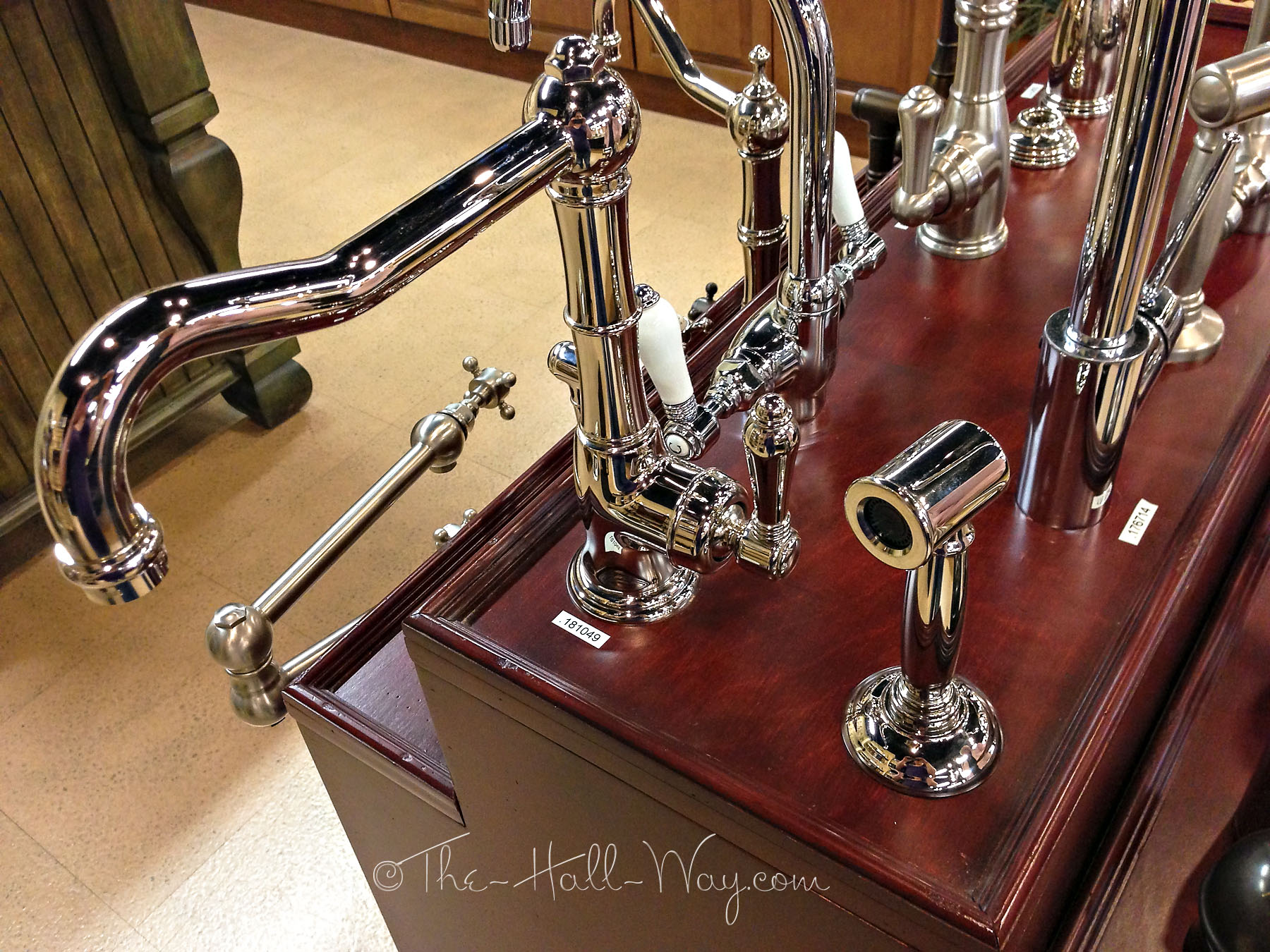 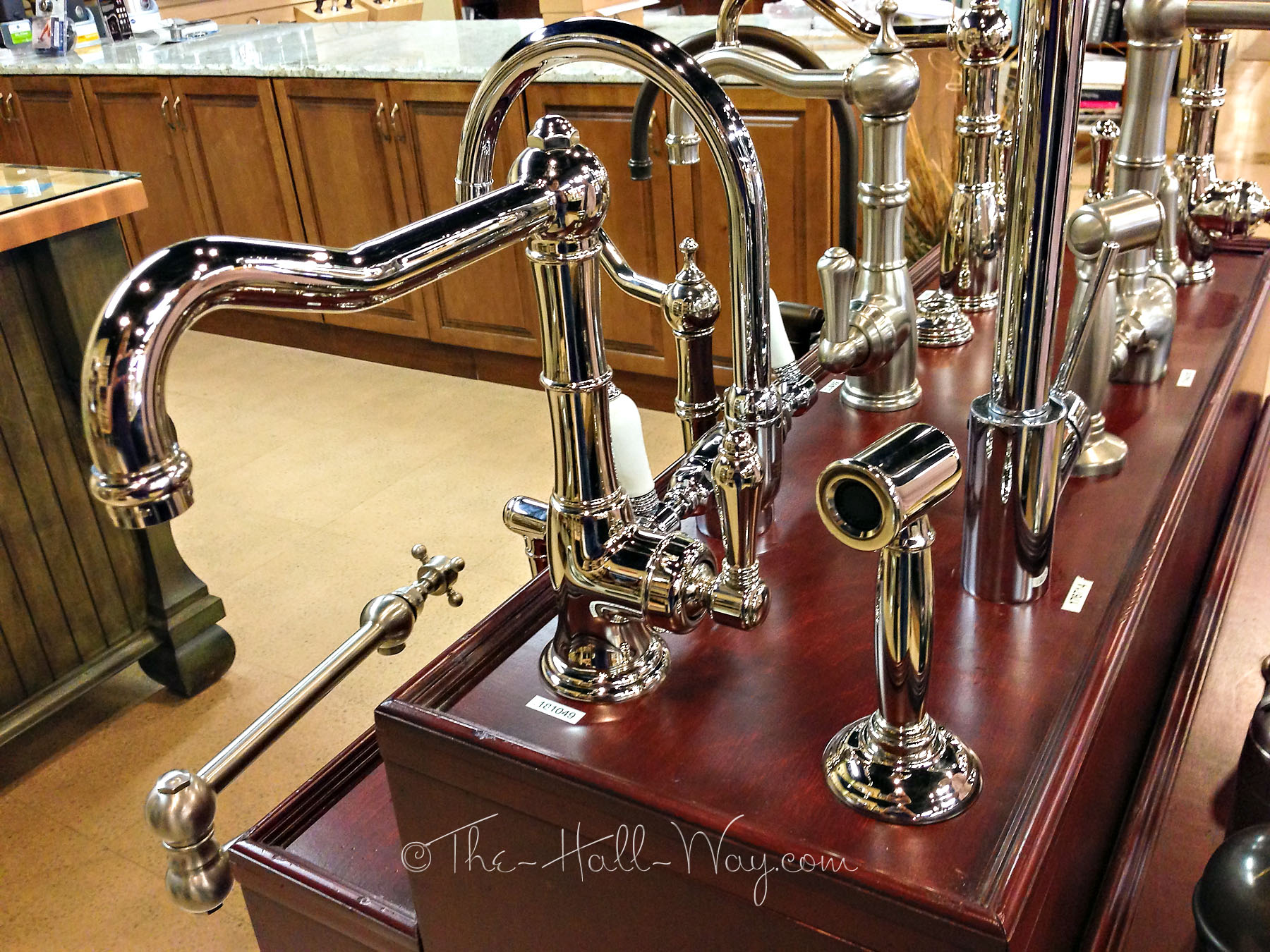 Not too exciting, but I like the looks of this Toto toilet, but not the $1000 price tag. 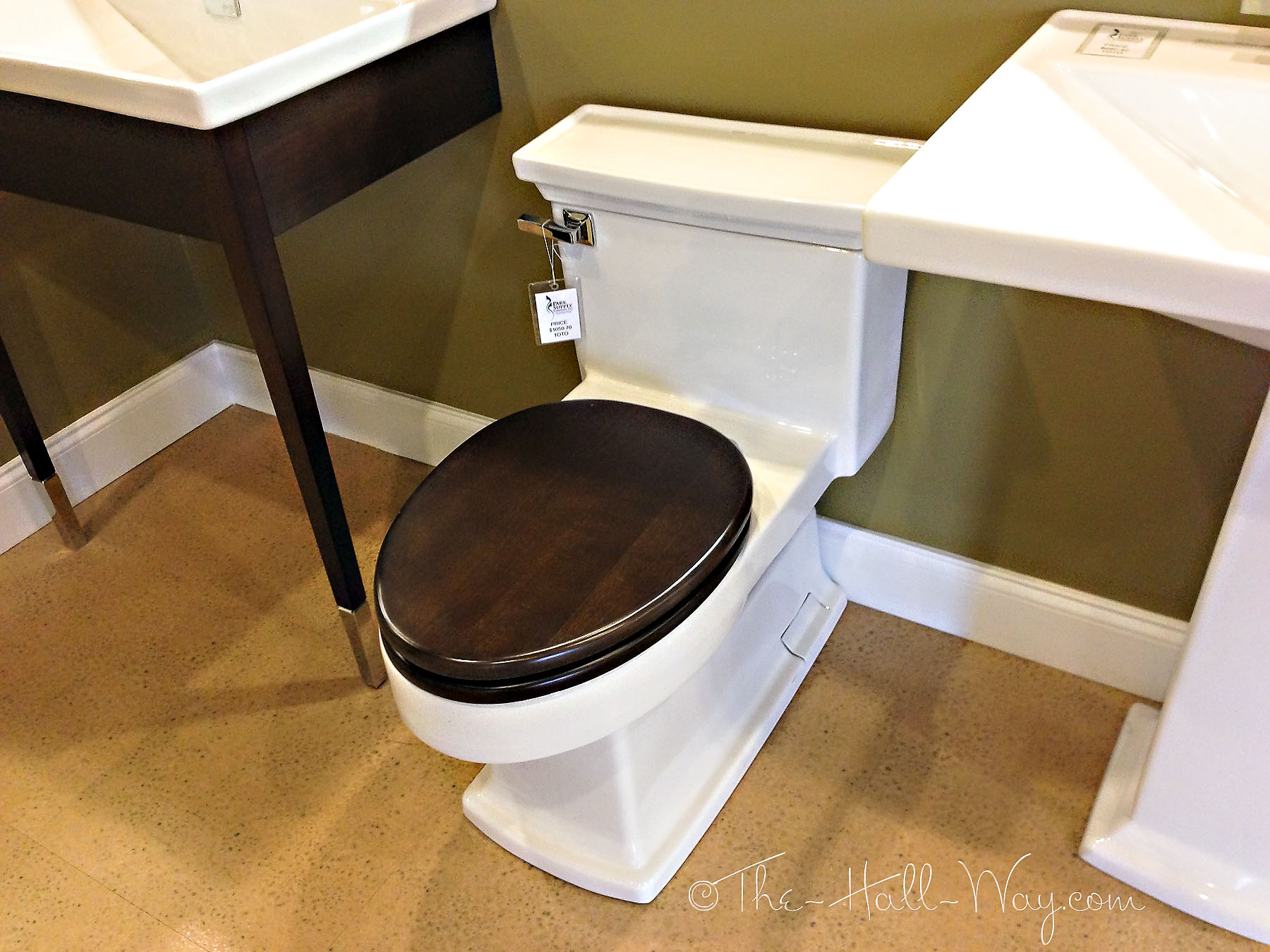 We also recently toured about the only house for sale around here that is close to my style.  No matter what the price, almost every house around here is the same – the size and quality of fixtures are the only difference.  This house has a more transitional style.  It also has a pretty nice mud room which you don’t see too much in spec houses. 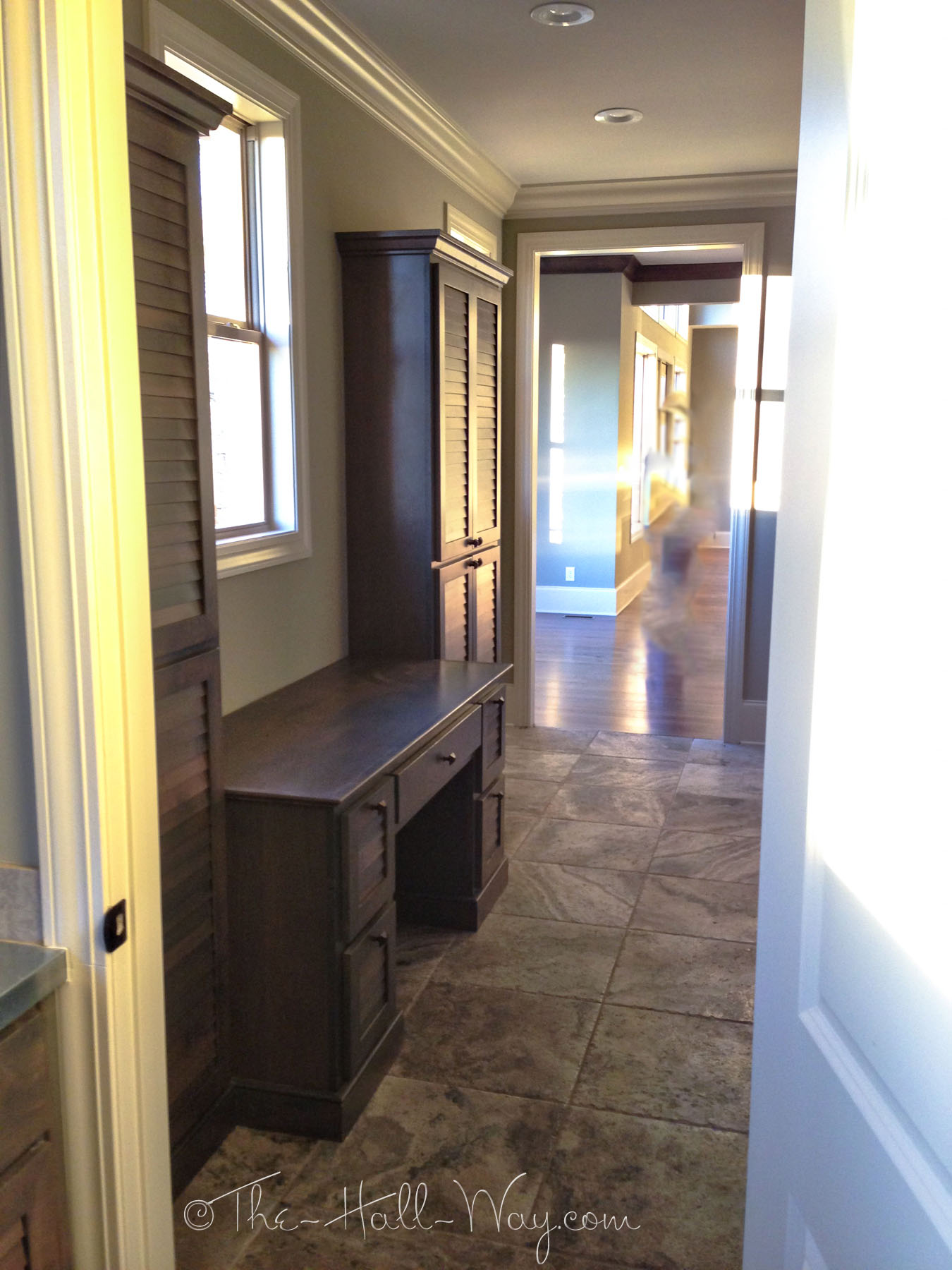 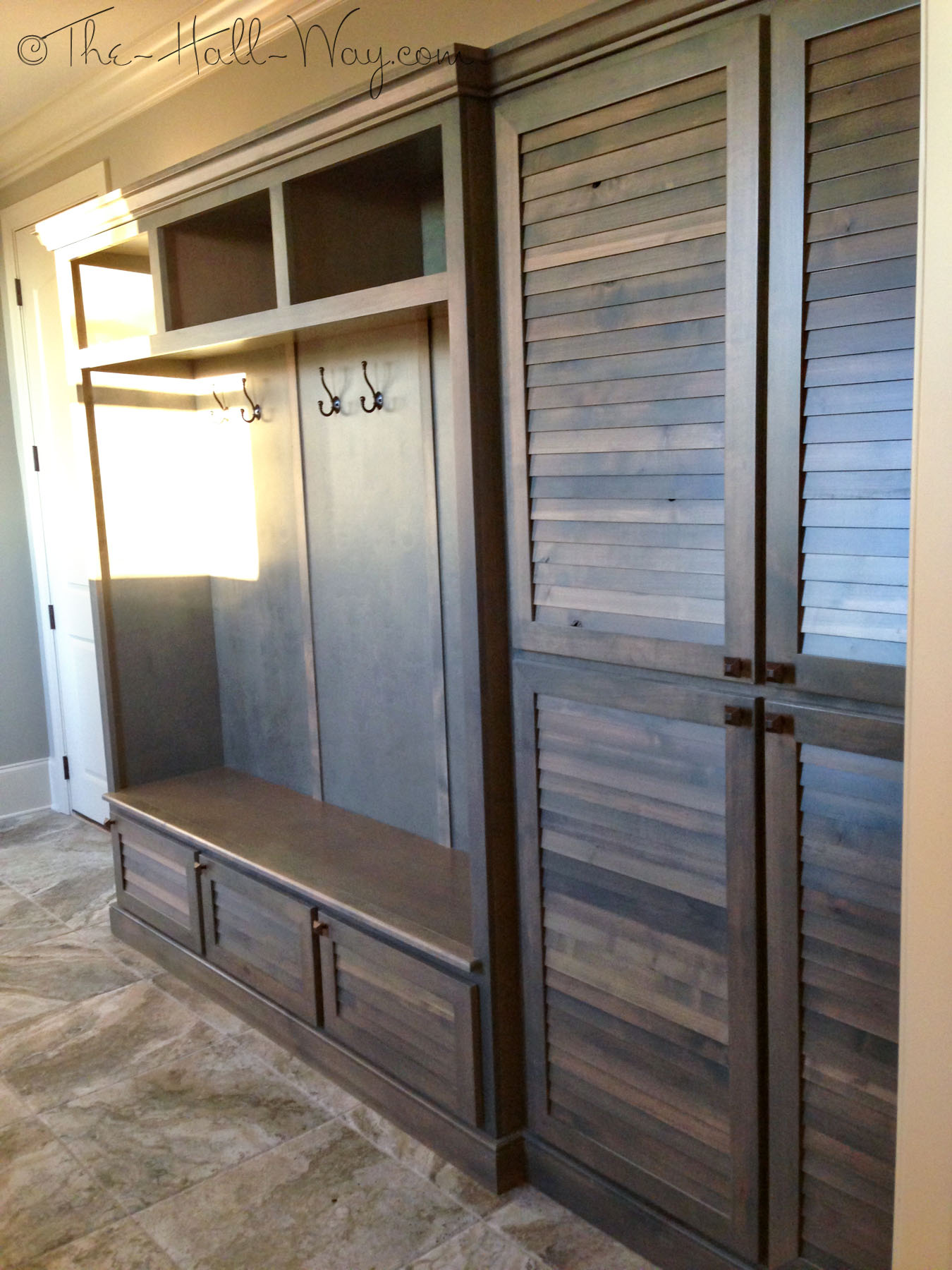 I love the tile in this house and hope I can find it or something similar to use in our house.  It looks like stone, but is ceramic.  I also wouldn’t have thought I’d like the vented cabinets, but it works in this house. 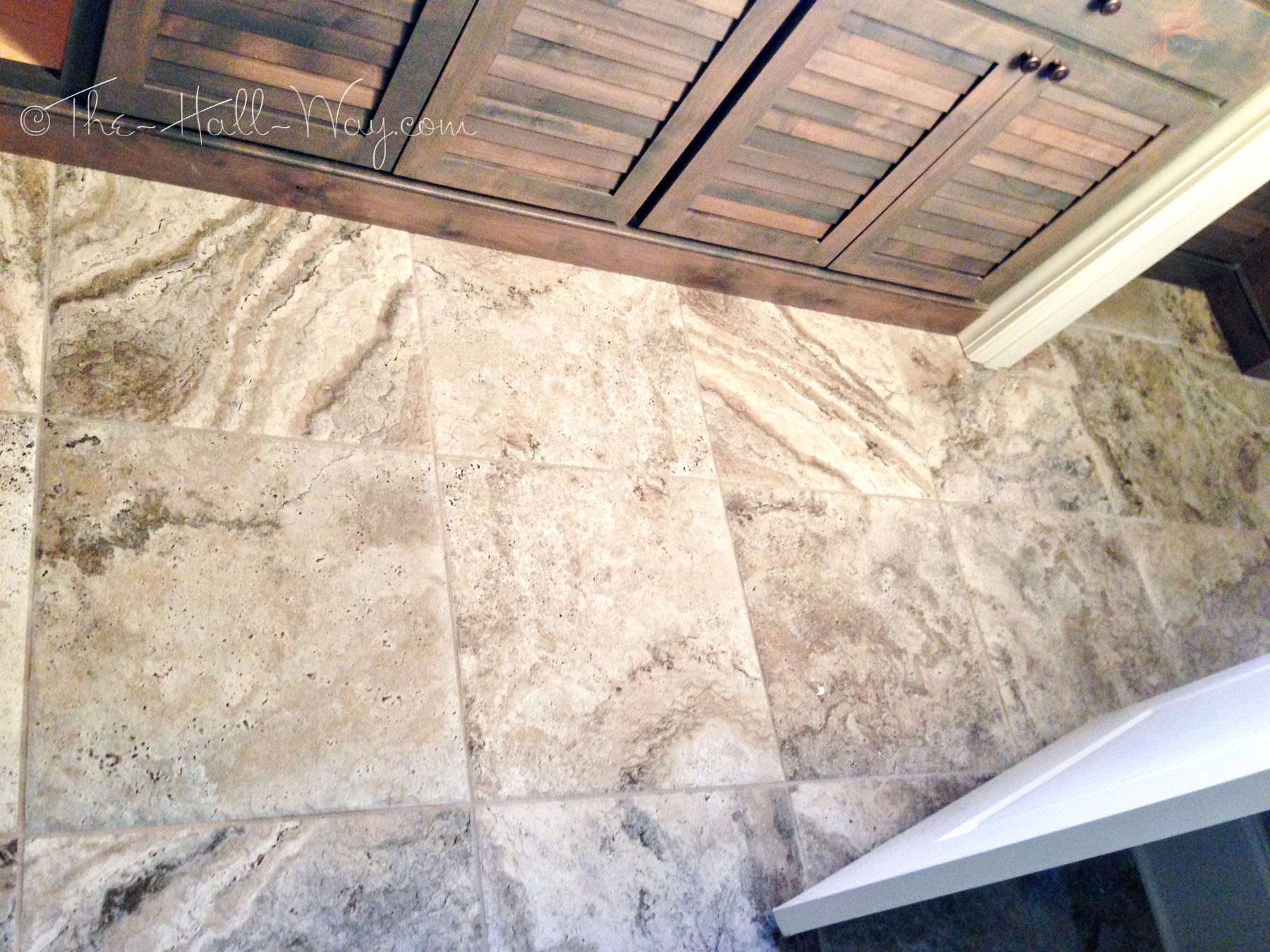 The kitchen had similar cabinets but with a blue wash on them (it was hard to get in the pictures). 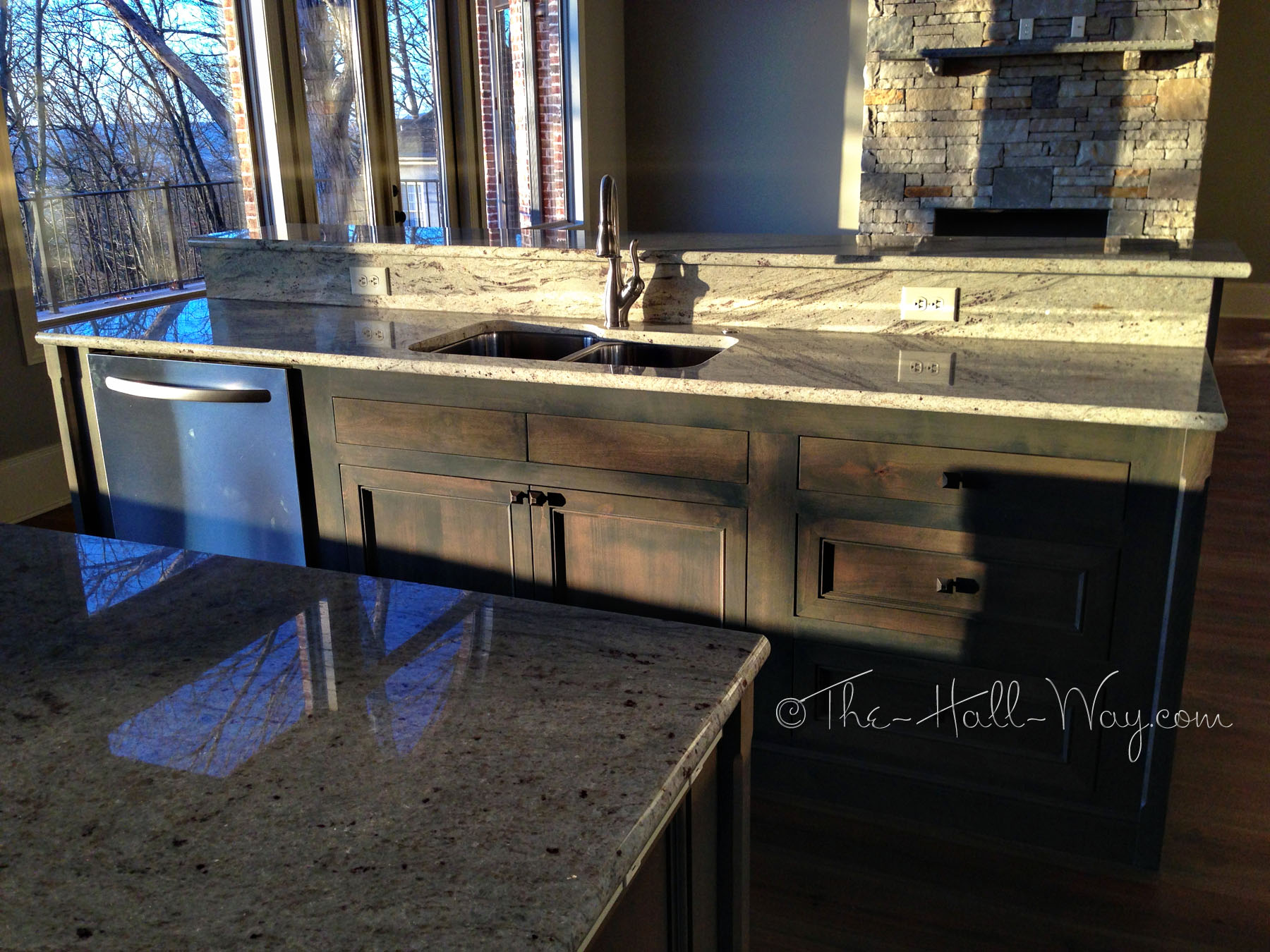 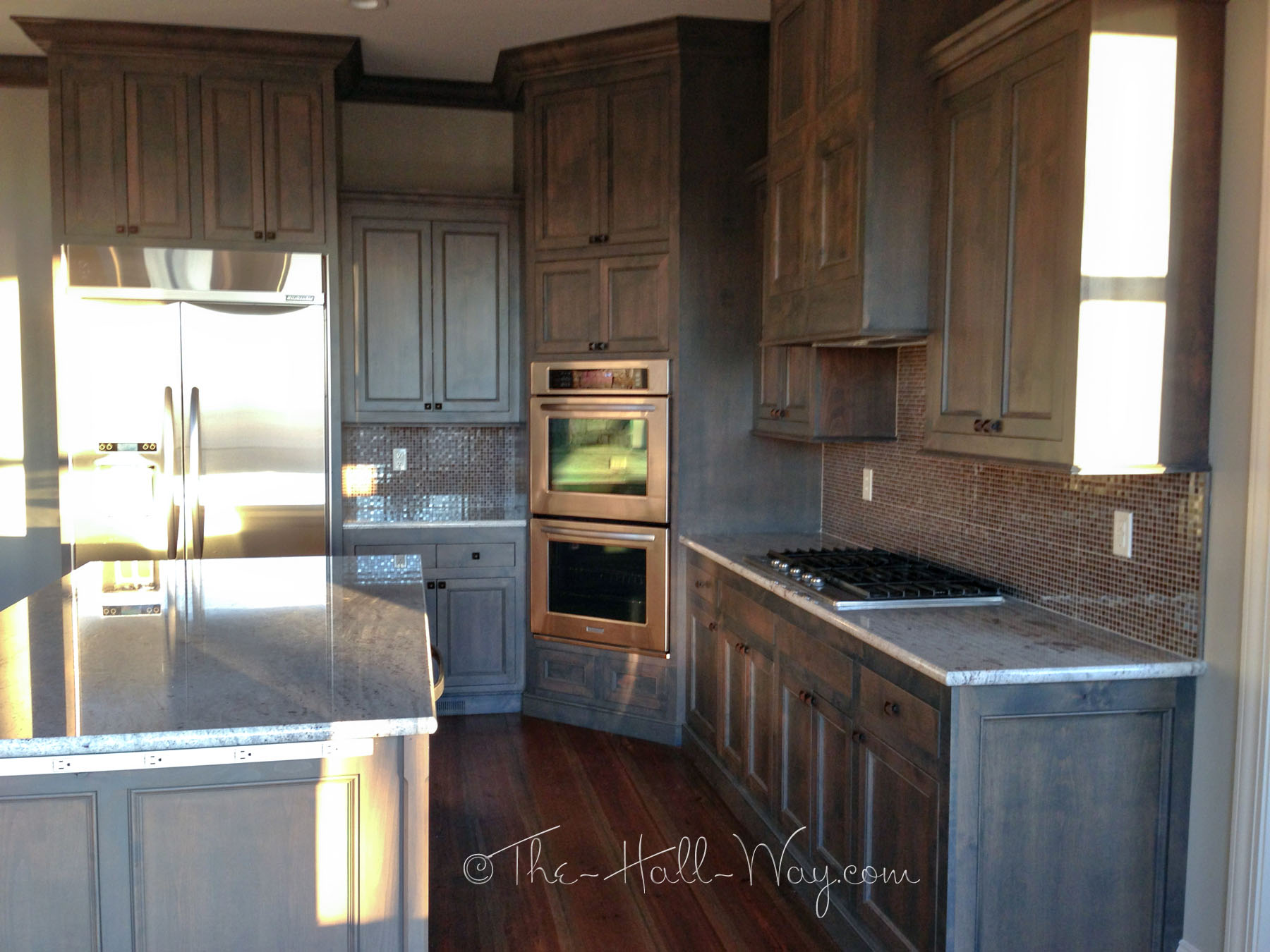 We discussed time frame with the builder.  He has one house he needs to start before ours.  If everything goes ok, we are looking at breaking ground around the first of April 😀