I went out to the land yesterday morning for the first time in a couple months.  We’ve been to my sister’s house several times, but have somehow managed to not go 5 minutes up the road to the land.  Fortunately, everything looked good.  It’s about knee high, but since it’s dry, it’s not too hard to walk thru.  I tried to find the rocks we marked for the back of the house.  I eventually had to use the pictures on my phone as reference and I was able to find them.

I also checked on my roses.  To my surprise, 6 of the 9 had recent growth on them so I haven’t lost any since the last time I was out there.  I tried to cut them back some for the winter.  If I can get them thru the winter, I should be able to take better care of them next spring.  I like walking around out there – it’s so peaceful and something I really needed this week.  I’m still having a hard time believing a house will start going up there in a couple months (hopefully).

I left there and went to a nearby stone/tile store.  I ended up being there a lot longer than I planned since the sales woman showed me around.  We walked thru the stone slabs first.  They had the most I had seen.  I’d prefer to stay away from marble since it’s more maintenance, but this slab was pretty with the blue/gray veining.

This one had green veining which was also pretty.

This granite slab has a lot of color and is pretty busy, but it had a lot of silver sparkle in it and was pretty.  Orion Blue Granite:

They had a slab of leathered Antique Brown (Marron Cohiba) which is moving it’s way up my list for the kitchen.  It was nice to see it unpolished, but I would have it honed instead of leathered.  The leathered gives it a texture that I worry would be harder to clean in the kitchen.  I’d like to get a sample of it to compare to the Cambria Praa Sands sample.

After looking at the slabs, I went thru their tile.  I mainly wanted to see what they had of the Jeffrey Court tile.

They had the same sample board that I fell in love with before.

Along with more samples from the same collection.

This is the field stone that matches the sample board above.  Fortunately, the price isn’t too bad compared to a lot of the other stuff I’ve seen.

Heres a border that also matches it.

Also really like this sample board with this border: 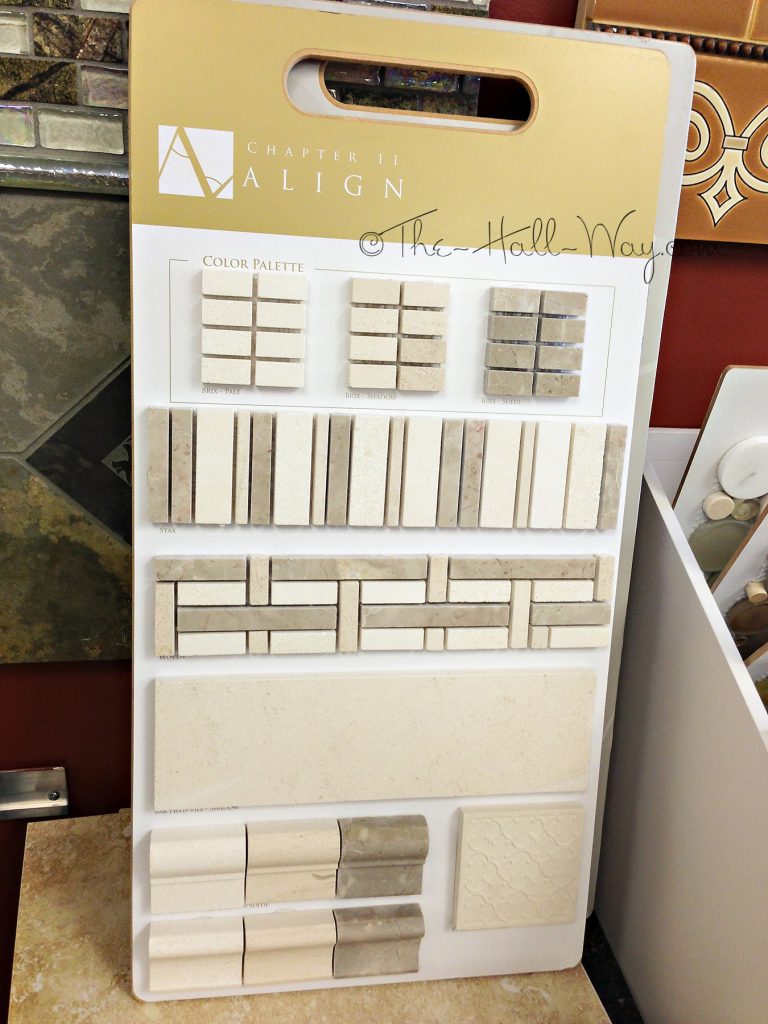 Some glass mosaics that caught my eye:

I’ve been in contact with the draftsman this week.  He should be getting the elevations to us soon.  He also asked for my electrical plan so I emailed that to him.  It’s not perfect, but it should be enough to get him started.  Any needed changes later should be easy to fix.