A Project & Some Updates

Well, we’ve been in the rental almost a month which is hard to believe.  We’ve been busy with the kid starting school and getting settled.  David also spent 2 days mowing the land which had grown to almost hip high.  I went out there to check on my roses and it appears that I may have lost 3 of the 9 – 2 climbers and a hybrid tea.  I was disappointed, but I guess that’s pretty good considering they were left on their own for almost 2 months and they are not shrub roses.  There’s a small chance they might come back, but we’ll have to see.  At least I can keep an eye on them more now that we live closer.

We finally got around to speaking to a bank about construction loans on Friday.  We already knew most of what he told us, but we were able to get some numbers which was helpful.  I want to call the Farm Credit bank where we got the land loan tomorrow just to see how they compare.  We also want to contact our preferred builder to schedule a meeting to finally go over everything.  Hopefully, we can start working with the draftsman within the next month.

Meanwhile, my project for last week was to build new nightstands for our guest bedroom.  I built the bed and nightstands for the guest room at our old house which was fairly small.  To save space, the nightstands were just floating shelves.  We took them down when we moved, but we don’t want to hang them in this house since we are renting and  it involves drywall anchors which leave good sized holes. 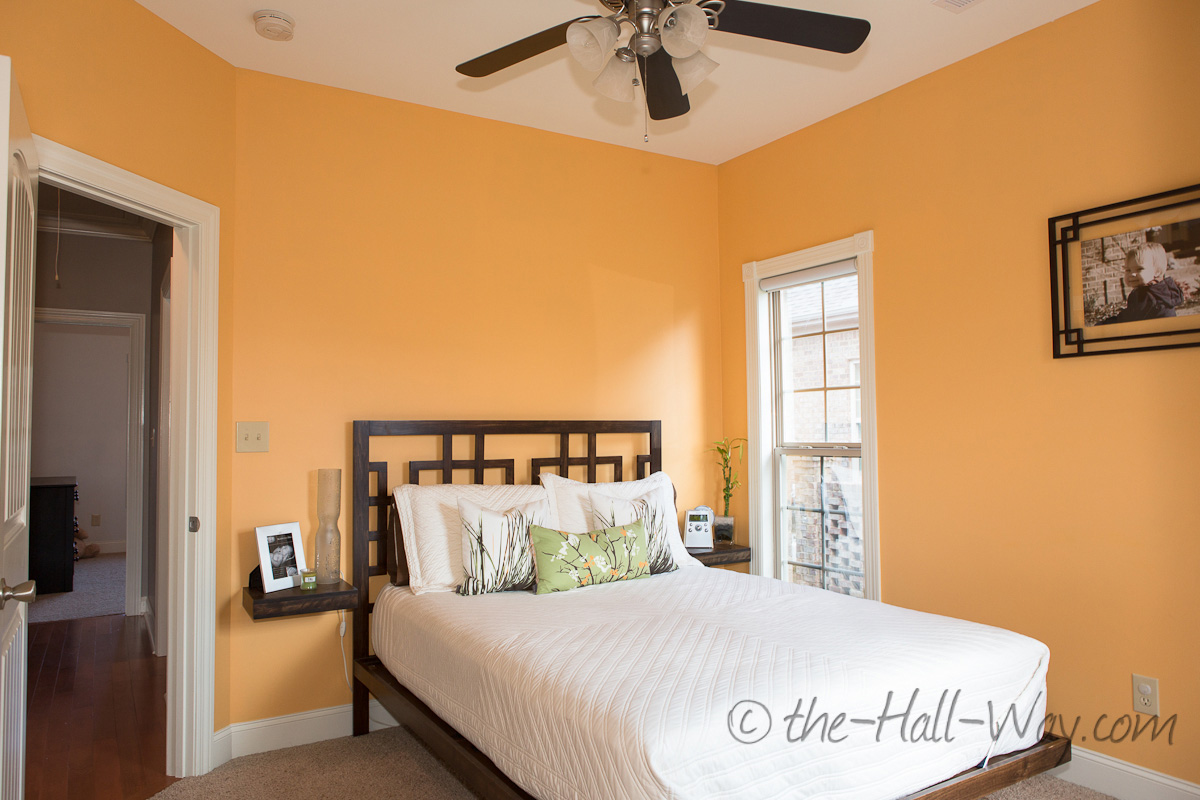 After doing some searching online, I decided on this plan which I thought wouldn’t be too complicated (it’s been a couple years since I built anything) and would go well with the bed.  The original design was a little too tall and wide, so I reduced both dimensions by 3″.  The construction took a little longer than I planned, but fortunately, the finishing went quicker than I expected. 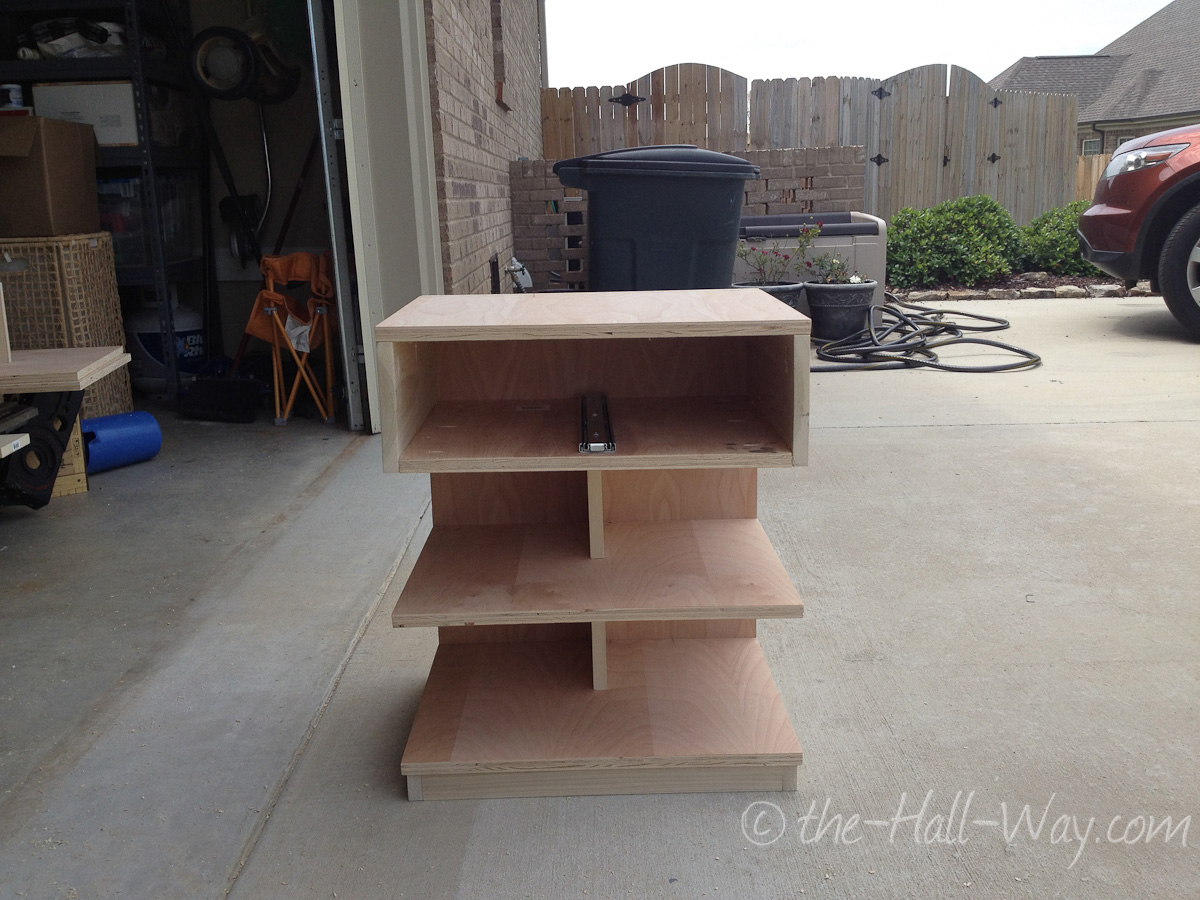 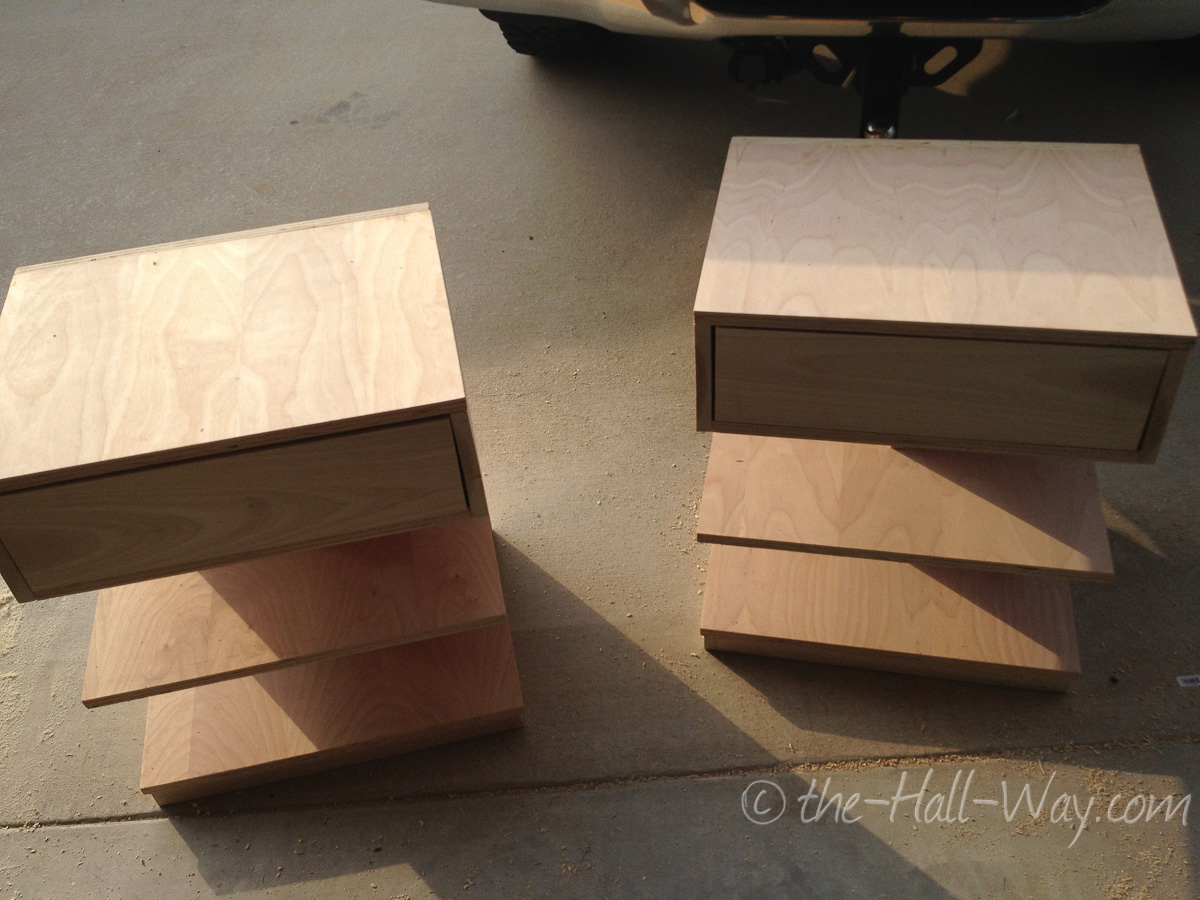 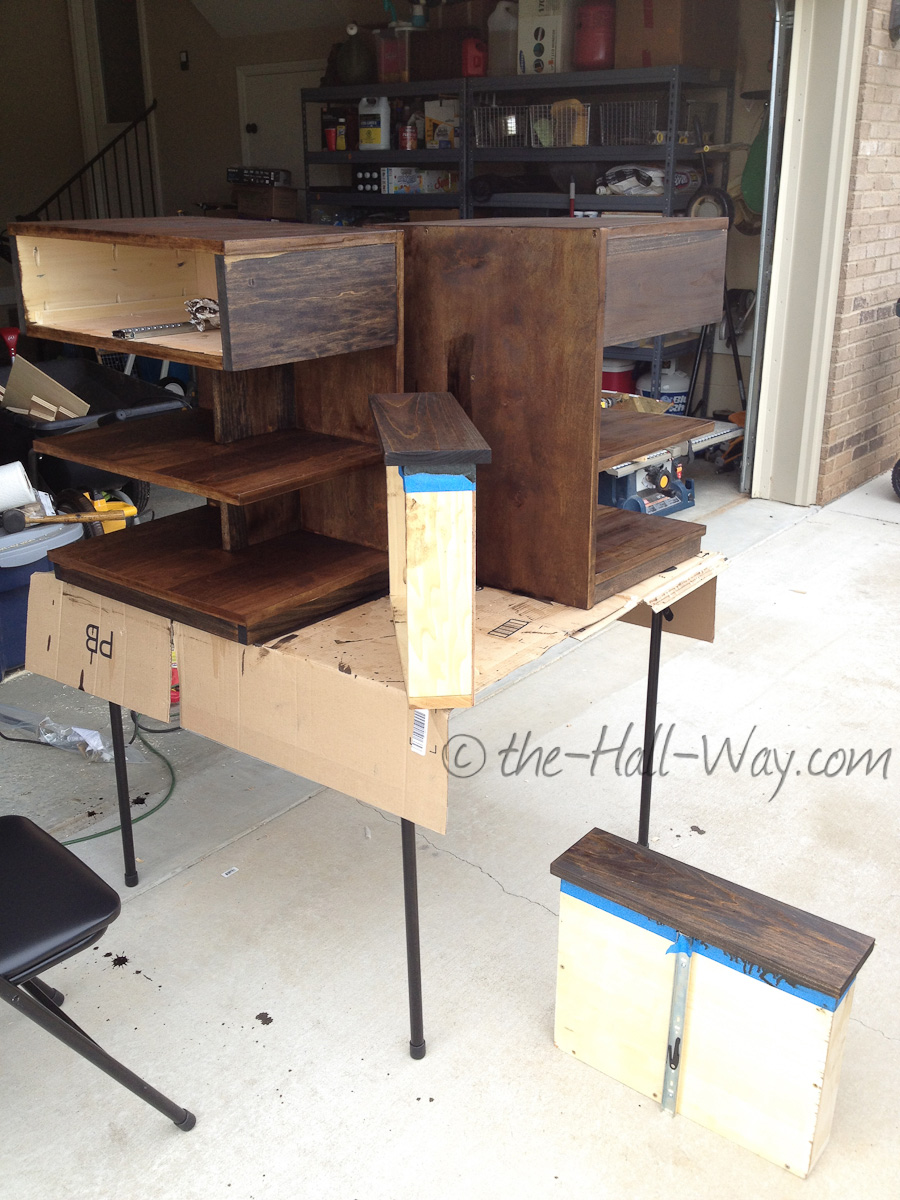 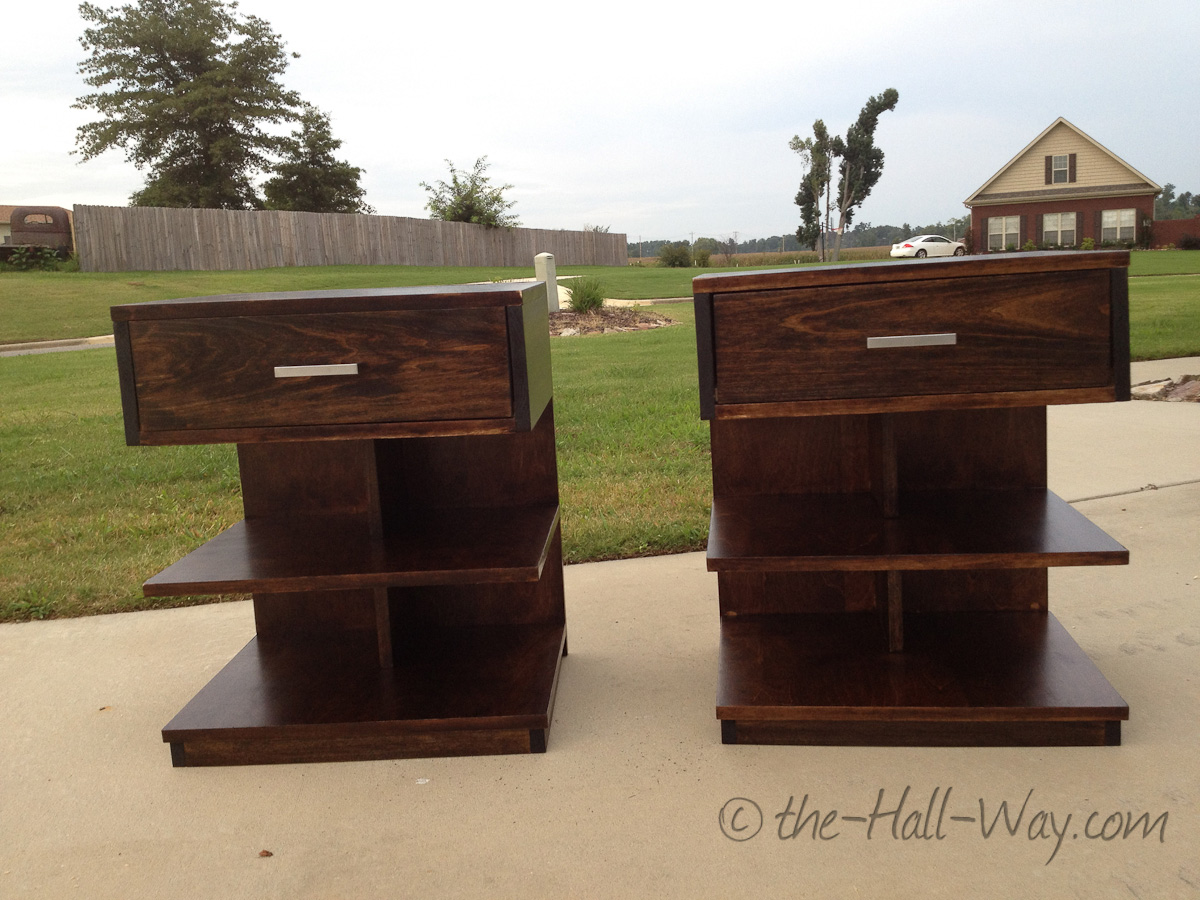 Here they are in the new guest room which is quite a bit bigger than our old one. 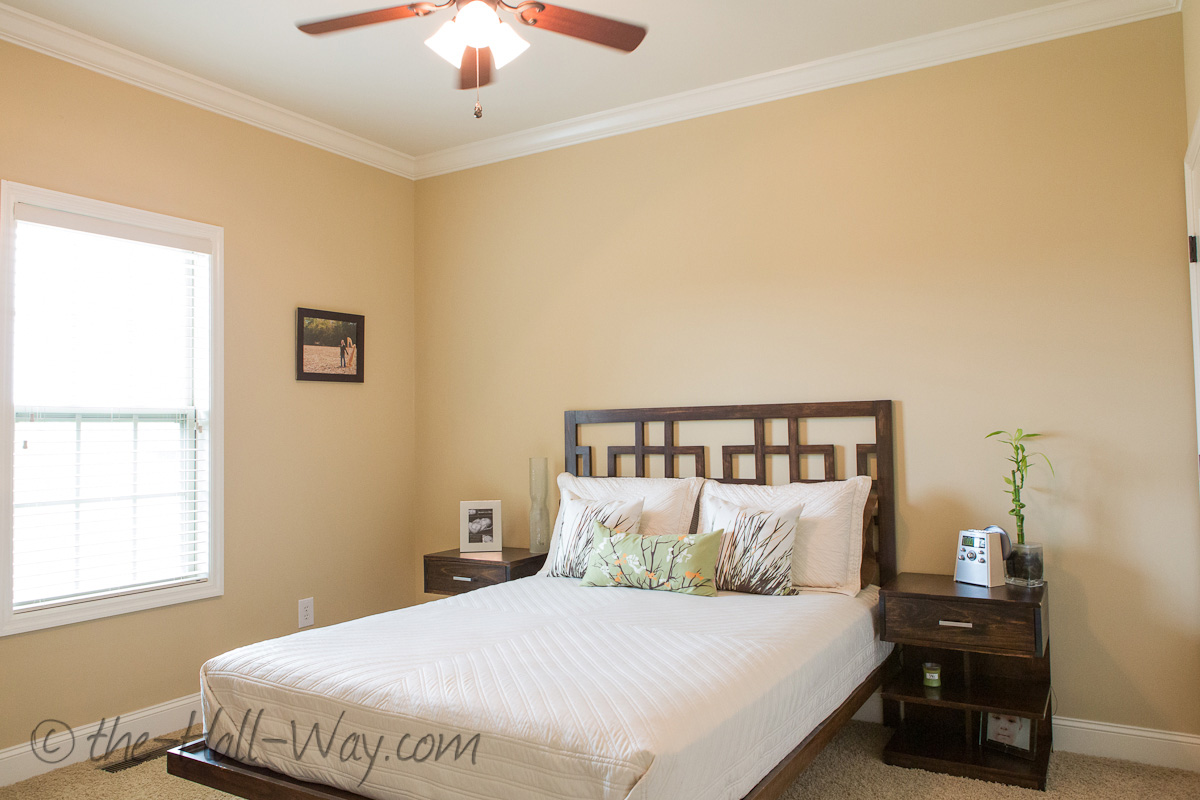 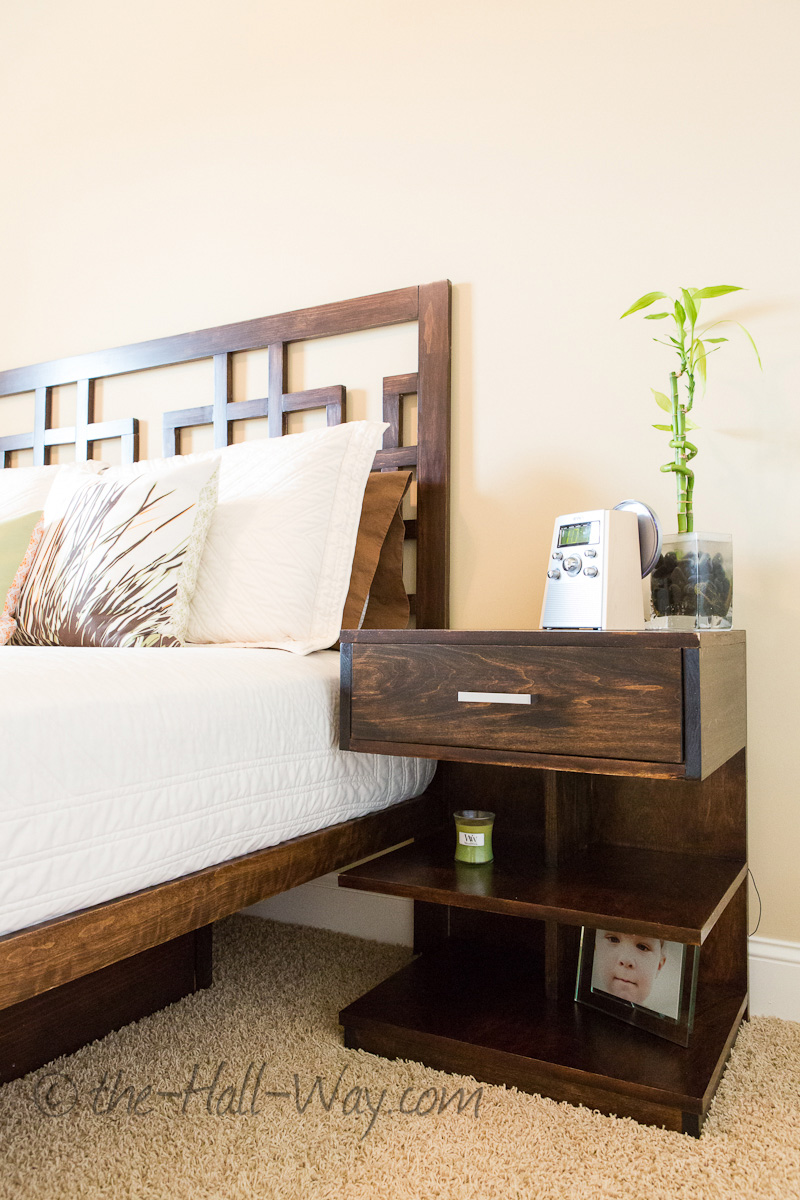 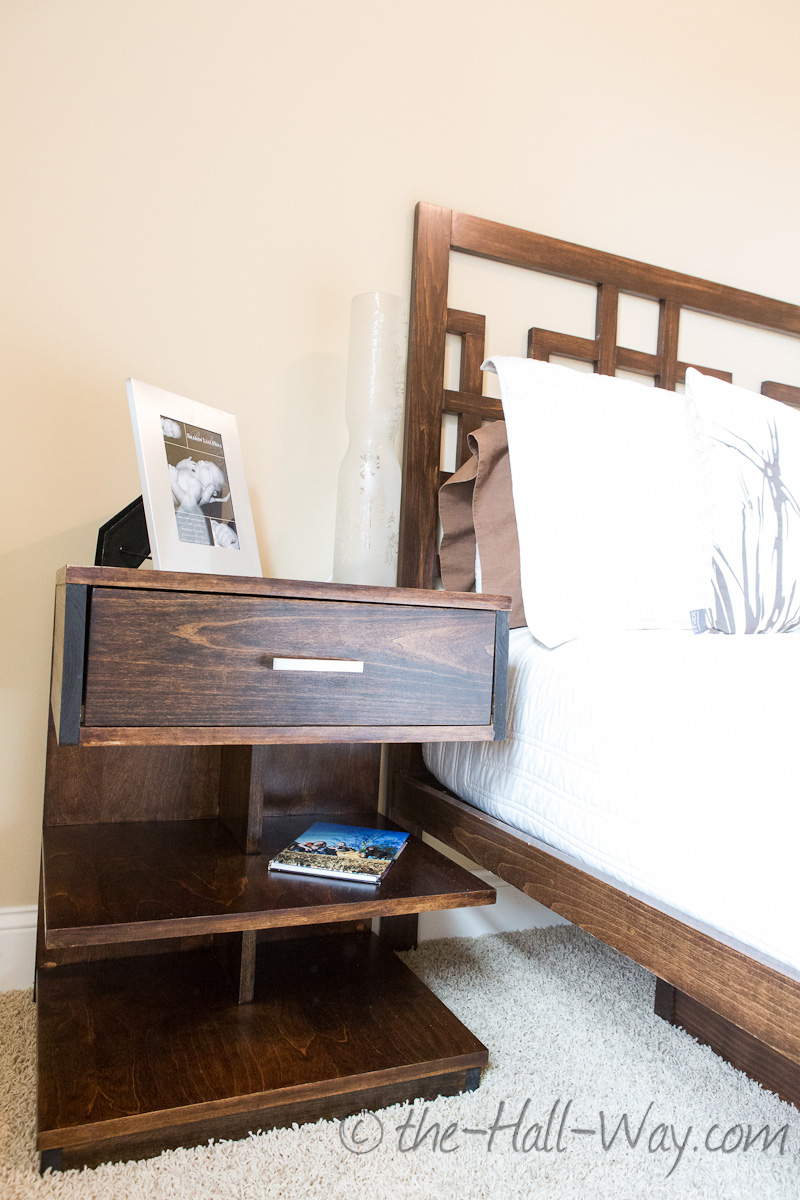 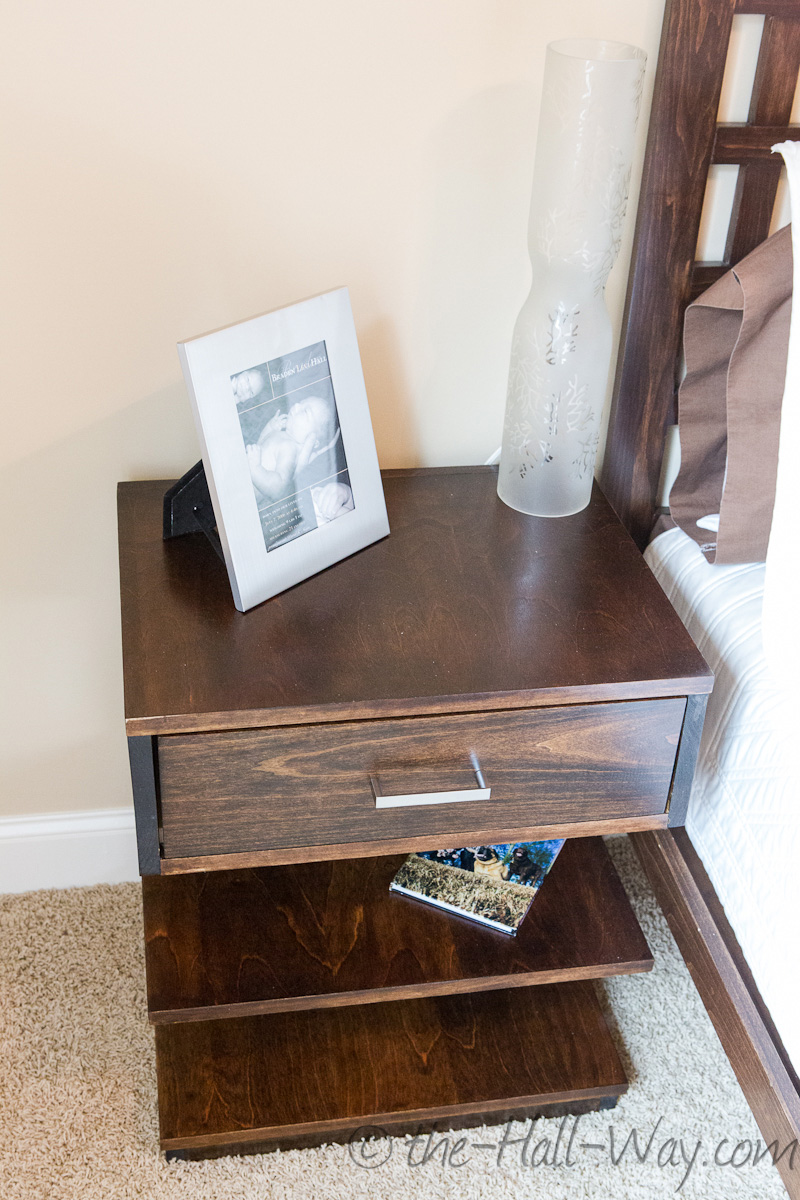 They are not perfect, but I’m pretty happy with how they turned out.  Next, I need to work on unpacking the kid’s room and finding something to do with our clothes since we don’t have dressers and no longer have our closet organizers.  I also need to recover the ottoman I made since it doesn’t go with our new couches.

Headboard – It is based on a headboard from West Elm.  I found this plan after I made mine, but here’s a much easier way then how I did it.

Bed Platform – The base for the bed is 2x12s in a rectangle with 2 sheets of MDF on top edged with 1x3s (it weighs a ton).

Old Nightstands – Can be made by modifying any “floating shelf” tutorial.

New Nightstands – Made from this plan but reduced in height and width by 3″.  Finished with Minwax Wood Conditioner, Stain in Dark Walnut and Polyurethane.  Hardware from Home Depot.