I Never Promised You…

Our current house had the standard builder’s landscaping when we moved in.  About a year later, we redid all of it.  We used primarily roses because they seem to be the one plant I can successfully grow (surprisingly).  The front yard has 11 floribundas (for their hardiness) and over 20 white miniature roses.  We added a rose garden to the corner of the backyard so I could grow other varieties for cutting. 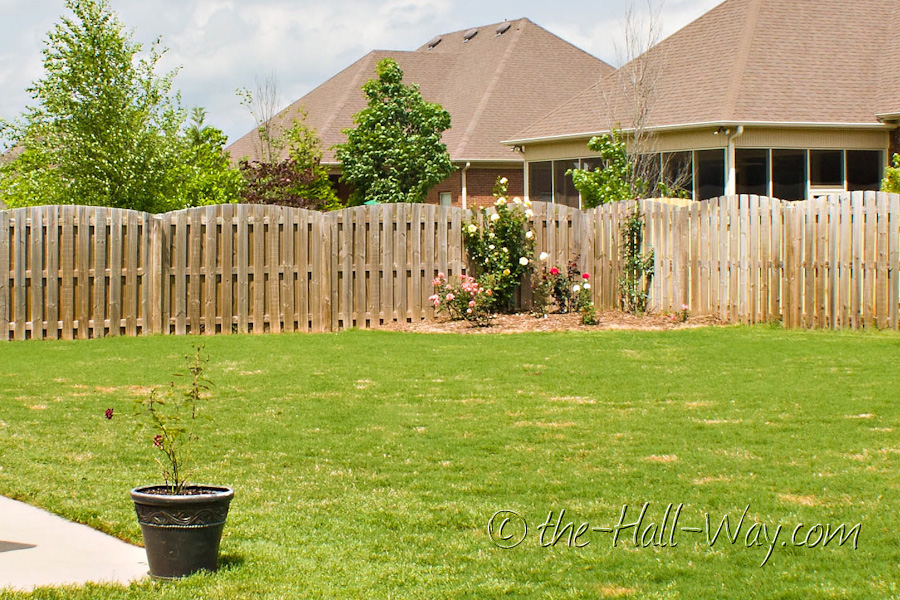 I had 2 climbing roses along the fence and 7 hybrid teas and floribundas. 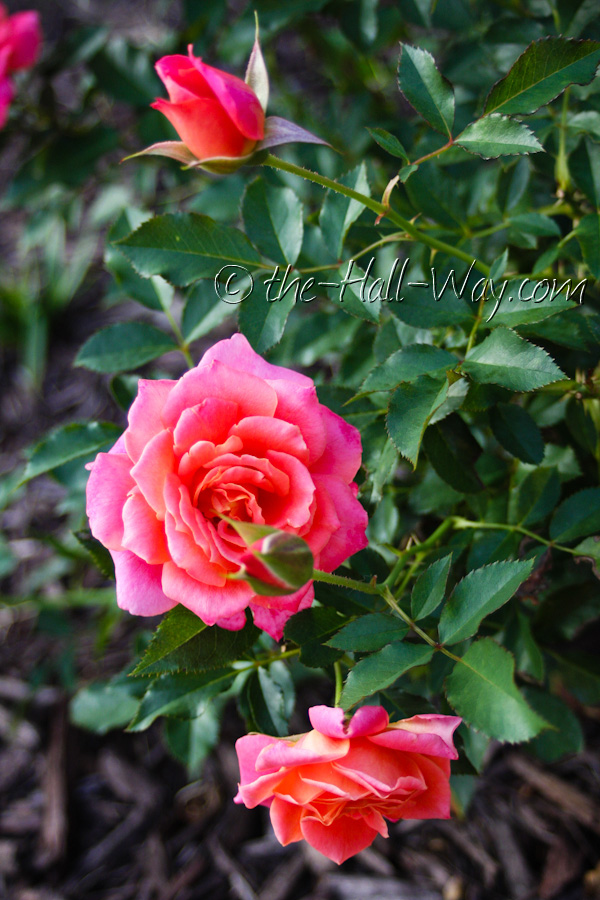 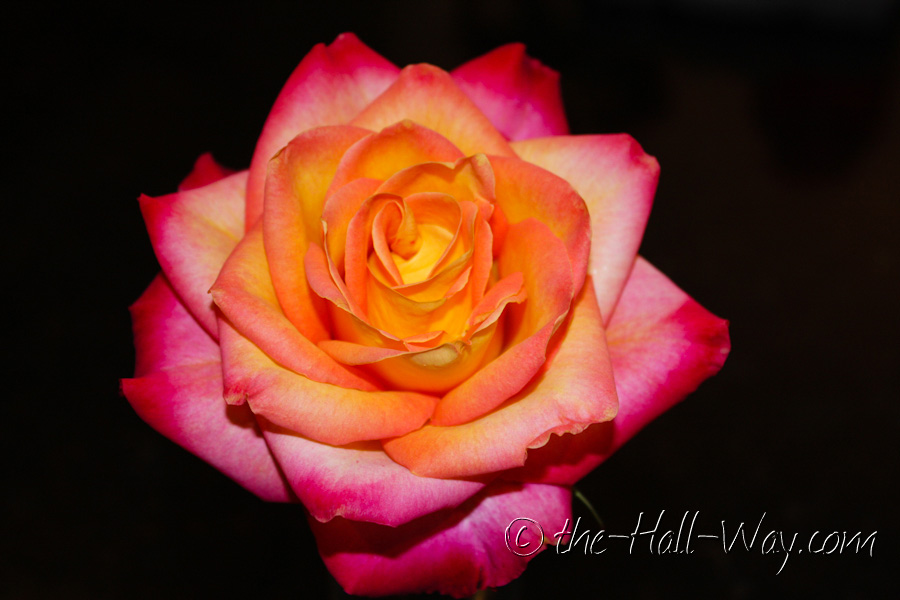 While we’ve been waiting around for the house to sell, I’ve been throwing around the idea of digging them up and taking them with us.  It became a more realistic idea once we got the land cleared.  The weather was warm Friday with a chance of rain starting today throughout next week so I decided it was the time to do it.  We also haven’t had any showings in a while so we don’t have to worry about a buyer wondering where they went.

I dug them up Friday morning and we took them out to the land that afternoon.  We planted them in the NW corner near the new tent.  The trees along the north property line should provide some wind protection, but they will get full sun from the south.  They should be far out of the way of any construction traffic.  Once it starts to warm up, we’ll probably have to put something around them to keep the deer from eating them.  We are talking about getting the city water hooked up so we can keep them watered and David can keep the weeds sprayed this spring. 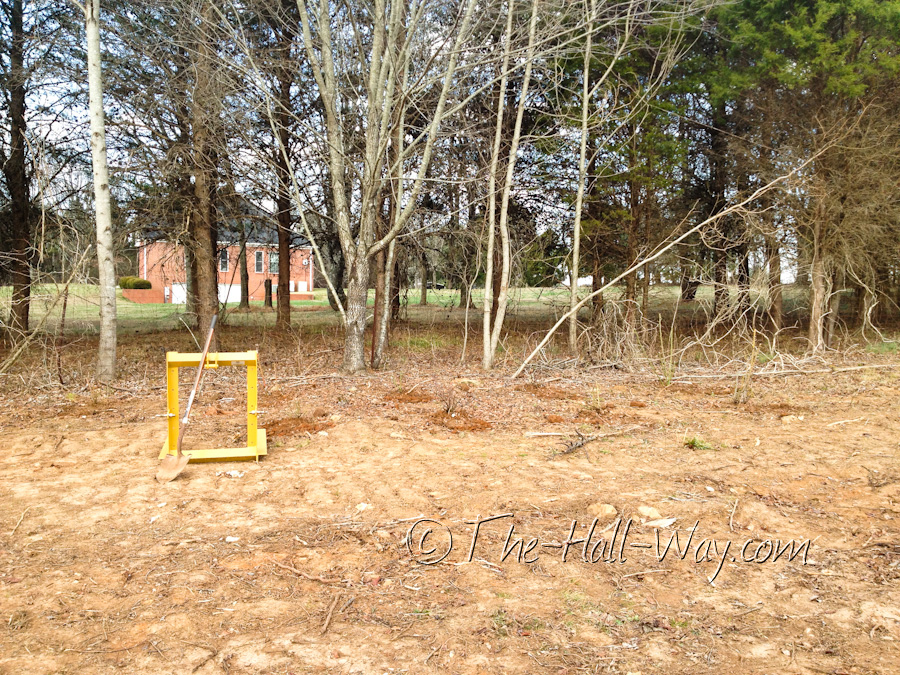 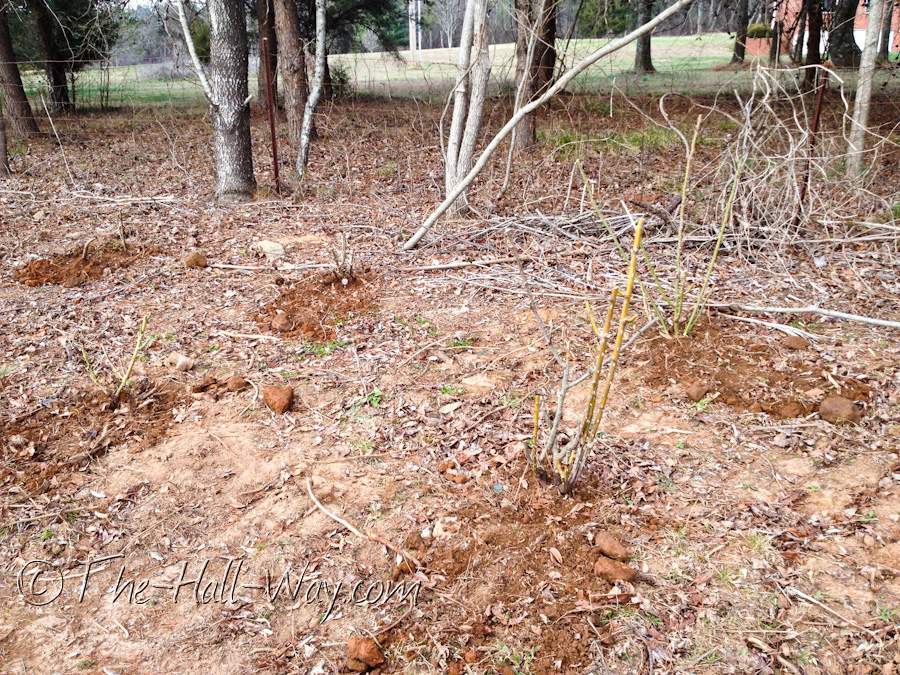 Once the new house is done, we’ll replant them to a permanent place.