It’s been a slow month as David has been working a lot and we continue to wait on the house to sell.  It’s about to get more exciting though, hopefully by the end of next week.  Since David has cleared about all he realistically can out at the land, we’ve decided to hire someone to come in and clear the rest.  We got a recommendation from our preferred builder last week and David met with him yesterday.  We weren’t sure what it would cost, but his estimate to clear everything including the large rocks is 20% less than what we were hoping the estimate for just clearing the trees would be.  He thinks it will take a day to remove the trees, then the second day he will move the large rocks to a pile in the back corner and roughly grate the property to fill in the holes left by the trees and rocks.  If he can get all that done, all we will have to do is keep the property mowed once everything starts growing again next spring.  I am very excited at the possibility of finally standing where the house will go and being able to see the view from there.

The Fall Parade of Homes started last weekend so we drove out to see 2 houses being built by our potential builder.  The first wasn’t on the tour, but they had told us about a new ICF (Insulated Concrete Forms) house he had just started.  We were anxious to see it as this is the type of home we hope to build.  He was actually working by himself when we got there, so we were able to introduce him to my parents and spent almost an hour talking to him.  That house is much larger and more complicated than what we want to build, but we plan on driving by there frequently to watch the process.  We’ve been in 2 of his completed ICF houses, but this is the first one we’ve actually seen being built.  We also stopped by the other home which is stick built and spent some time there talking to his wife and son.

This week, I upgraded my home design program and got it installed on my Macbook.  The program I’ve been using was 5 years old and I had to dig my old, very slow, Windows laptop out to use it.  In addition to being a newer version, I also upgraded to a better version which has more features.  The only downside was that I had to install Windows on my Macbook to run it. 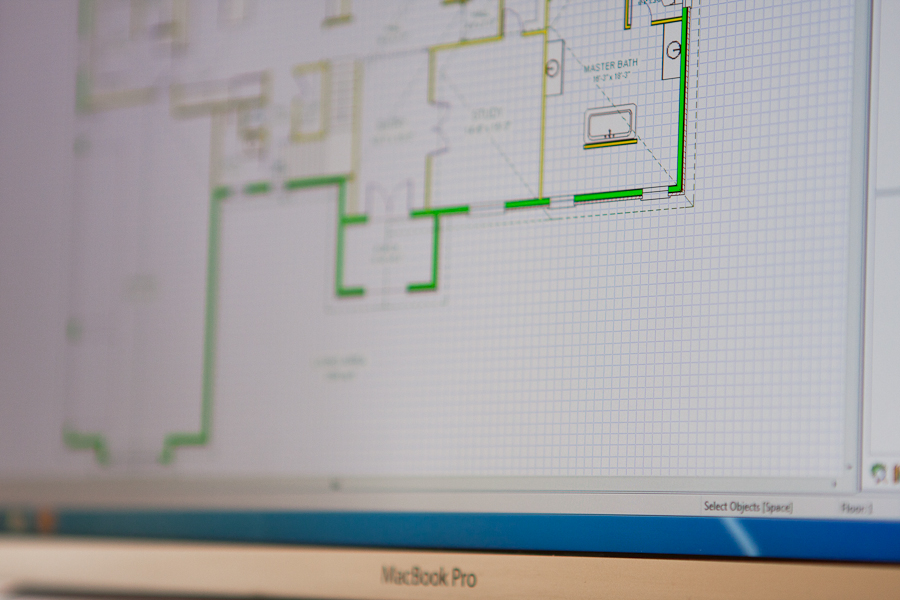 I think it will be worth it though since it will run faster and be easier to use.  I’m hoping to get the plan as finalized as I can while we wait for the house to sell.

Meanwhile, I’ve tried to avoid posting anything about the house selling process to prevent this blog from turning into one long rant.  😉  We have been on the market for 7.5 months and had 13 showings.  That is actually quite a few for this area and probably a record for the neighborhood.  We are still here though.  We’ve done about all we can except lower the price so much that we take a huge loss on it.  (We live on the far side of town from everything which is why selling is difficult.)  As November approaches, I’ve accepted the fact that we likely won’t sell it until next year now.  The only good news is that a lot of people seem to be taking their houses off the market for the fall/winter and or switching to For Sale by Owner.  I also know that if we do get any showings in the next couple months, they are likely to be serious because people don’t tend to look casually in the winter.  The market here seems to be doing pretty well considering it’s fall, so we will just have to see what happens.

Anyway, check back next week for pictures of the completely cleared land!